Four actors jump between rooftops and sprint through sheets drying on clotheslines while a camera tracks them from above, hovering close enough to see their faces. The sequence, filmed in Bogotá for the coming Netflix drug-war series, “Narcos,” was too intimate to capture by helicopter and too intricate to choreograph easily from the ground.

On the day of the shoot, a small unmanned aircraft, propellers spinning at the end of its eight spidery arms, lifted off the ground. Below it, two men operating the drone and its camera lightly thumbed joysticks on consoles to record the shot.

In recent weeks, drones have contributed to a hostage scene in “Scandal” and flown circles around Mary J. Blige in a music video. A drone buzzed the Kremlin for “Fast and Furious 6” and chased a speed boat over Bangkok’s Chao Phraya River for the coming “Mechanic: Resurrection,” according to people who worked on the aerials for both films. One unmanned aircraft swooped over the tree canopy for “Into the Woods” and another soon will gallop along the Chinese landscape for the Matt Damon film “The Great Wall.”

A drone operated by Team5 shot an explosive action scene in Colombia for a new TV series. Photo: Rob Gluckman

Used for everything from car commercials to news programs to televised sports, drones are becoming a permanent addition to aerial photographers’ toolboxes thanks to their relative ease, agility and low cost.

The remote-controlled aircraft are creating a new visual vocabulary in entertainment, delivering the stunning aerials once reserved for big-budget movies to even mundane projects. Pilots try stunts like weaving through the spokes of a Ferris wheel, careening around a live volcano or hovering over a shark’s open mouth. The drone’s signature is getting more familiar: shots that descend from high up and zoom through a tight space, speed low to the ground facing straight into the action or lift from intimate angles to huge panoramas in a single fluid movement.

“Whenever you have a tool at your disposal that allows you to tell the story more efficiently and more poignantly, you use it,” said Pieter Jan Brugge, executive producer of the Amazon series “Bosch,” which recently sent a drone over a concrete bank along the Los Angeles River. The sequence, which shows a Los Angeles police detective growing smaller on the ground as the camera rises to reveal the vast city, is meant to underscore the daunting manhunt. “The shot tells the story.”

With the technology still new, Hollywood is split over whether the aircraft are artistic tools or flying buzz saws. Aerial film experts worry that with a low barrier to entry—buy it and fly it, the saying goes—one stupid mistake could ruin the drone business for everyone.

“You really have to know what you’re doing,” said Alan Purwin, co-founder of Team5, a Van Nuys, Calif.-based company staffed by longtime Hollywood film pilots and aerial cinematographers that supplied the drone work for the “Narcos” shoot in Colombia. He cautioned against newcomers who don’t have experience on high-pressure film sets. “You get an animated director yelling and screaming at you, you hit the wrong switch, the drone goes left instead of right and you go right into an actor’s face.” 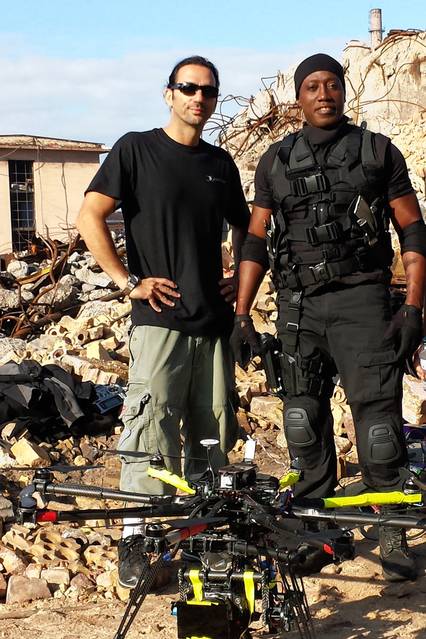 Drone pilot Ziv Marom and actor Wesley Snipes on the set of ‘The Expendables 3’ in Bulgaria with a drone. Photo: Brenda Dos Santos

Across the world of arts and entertainment, from fine-art photography to live performance, drone cinematography is fast becoming an essential new specialty. Disney recently applied for patents to deploy the machines in its theme-park shows, proposing using swarms of drones for light displays and sending them into the air as floating movie screens. The company is also looking into using drones to manipulate “flying marionettes” in the sky. “The inventors recognized that presently there are no mechanisms for creating very large aerial displays such as a display that is reusable/repeatable, dynamic, and interactive,” the Disney applicants wrote in their U.S. patent application.

The Federal Aviation Administration bars most drone flights for profit—only hobbyists can use them legally. But late last year, the agency began issuing exemptions to certain companies using drones in fields such as real estate and engineering. Last week, it granted permission for outdoor testing to Amazon, which has plans to use drones to deliver packages.

A handful of aerial production firms around Hollywood are getting the go-ahead, too. Michael Shabun, Los Angeles-based brand partnerships manager for drone maker SZ DJI Technology Co., estimates the Chinese company’s equipment has been used to gather footage for more than 20 TV and film projects so far. “That number is going to go through the roof in the next couple of months the more exempted pilots are popping up,” he said. Fees for a drone and crew are at least $2,000 a day on a film set. The equivalent for a helicopter and team starts at $10,000.

At the Los Angeles shoot for Mary J. Blige’s video, “Doubt,” a drone was a quick solution given the tight budget and short turnaround time. Ms. Blige performed without flinching as the aircraft circled around her in a theater, said Danny Lockwood, Capitol Records senior vice president of creative and video production. “The drone is really loud—it’s like having a helicopter buzzing near your head—but she was very much in the head space of that song and was quite unflappable.”

Use of the aircraft in film stretches back more than a decade, but lately even the Hollywood establishment is paying its respects: director Martin Scorsese sent a drone over a beachside party in “The Wolf of Wall Street” and a drone-related device won an Oscar for scientific and technical achievement last year. In the coming days, a drone is expected to fly around central London for supplemental footage for the coming “Mission: Impossible—Rogue Nation.” 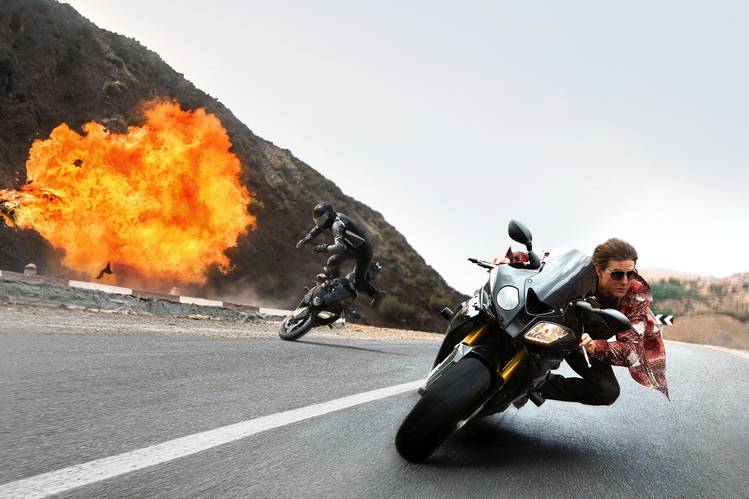 As unmanned aircraft assume a bigger role in Hollywood, the industry is debating who should be at the controls. Veteran cinematographers and helicopter pilots say their skills naturally transfer to these devices—like drones, aerial cameras are operated by remote control from the helicopter cockpit. They caution against drone work by amateurs without FAA exemptions, citing everything from shaky footage to reckless piloting. They also complain that they’re losing TV commercials, music videos and other jobs involving drone aerials to these rivals.

Unregulated drone pilots, many of whom grew up on videogames and have formidable skills at remote-control consoles, say they can shoot spectacular footage cheaper and faster than the larger companies working through government channels. While drone pilots from FAA-exempted companies need to get clearance for a flight, these upstarts don’t have to deal with the red tape. It’s a gray market that’s hard to regulate—a drone can fly for five minutes, grab video and get packed up again before anyone sees it.

“Our focus is on education and having people understand what they can and can’t do, and if we see an operation that’s unsafe we have taken civil enforcement action—we can fine them,” said FAA spokeswoman Laura Brown.

Corridor Digital, a Los Angeles firm that doesn’t have federal approval to fly drones commercially, makes short films for videogame companies and recently began directing a series sponsored by AT&T for the photo messaging app Snapchat. Corridor Digital co-founder Niko Pueringer, a puckish 29-year-old who stocked his company with old high-school friends from Stillwater, Minn., said he uses common sense when flying drones, including taking the aircraft to deserted areas for shoots. “Technically we’re pushing the rules when we use drones for our own videos, but no one’s really messed up badly,” he said. 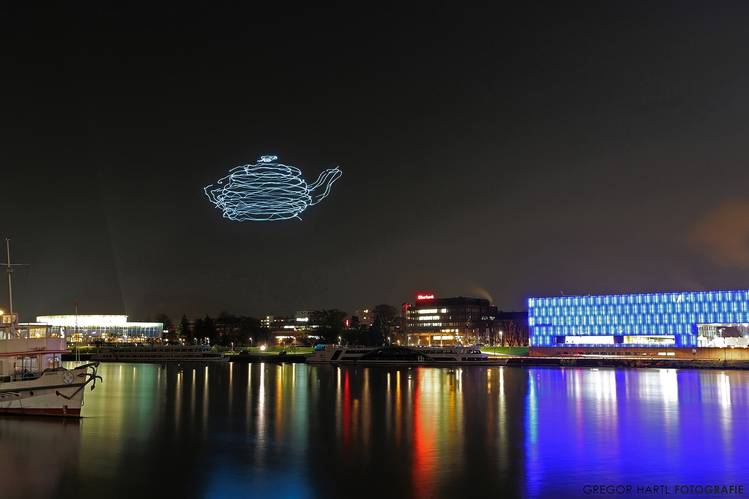 Pilots who don’t have government exemptions sometimes fly in countries with looser rules or work “free” in the U.S. while charging extra for, say, a van rental or consulting. Some attach a string to their drone to get around restrictions on untethered aircraft. “There are laws, but it’s super easy to skirt them,” said Ajoy Mani, a visual effects supervisor who works with drones abroad and considers U.S. drone rules “bordering on draconian.”

Though no major drone accidents have been reported on movie sets, the machines do crash. Mr. Mani oversaw unmanned aerials for the 2014 Sylvester Stallone movie, “The Expendables 3,” shot in Bulgaria, a country with fewer drone regulations. The shoot got off to a rocky start when a drone and its $15,000 camera plummeted into the Black Sea during a boat chase, he said. No one was hurt and the footage and equipment were recovered, Mr. Mani said, but the roughly $30,000 lens required extensive repairs. 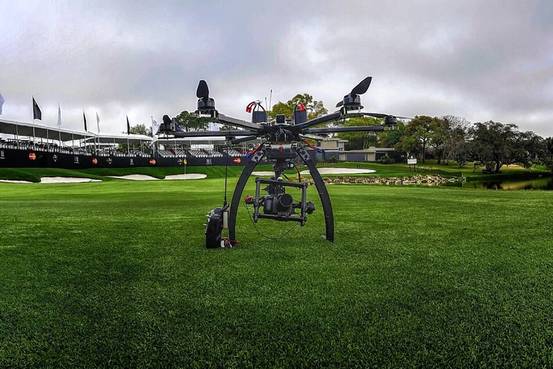 Currently, the FAA requires many of the exempted pilots using a drone commercially to have at least a private pilot’s license, fly the drone within the line of sight, never fly at night and file flight plans with the agency in advance. The drones now have tail numbers, like airplanes, and there’s talk they’ll one day carry radio devices sending signals to nearby air traffic control facilities.

Last month, the FAA released proposed rules for small, unmanned aircraft that would allow commercial flights as long as operators pass a written aviation exam every two years and follow certain restrictions, like flying during daylight and within sight. Final regulations are expected sometime next year.

On the “Narcos” shoot, a licensed pilot and an aerial director of photography from Team5 were at the controls, with another crew member observing for safety. Filming the rooftop chase from the ground could have taken days, with five to 10 cameras along a carefully planned route, but not this time. The drone was set up and ready to go in less than a half-hour.